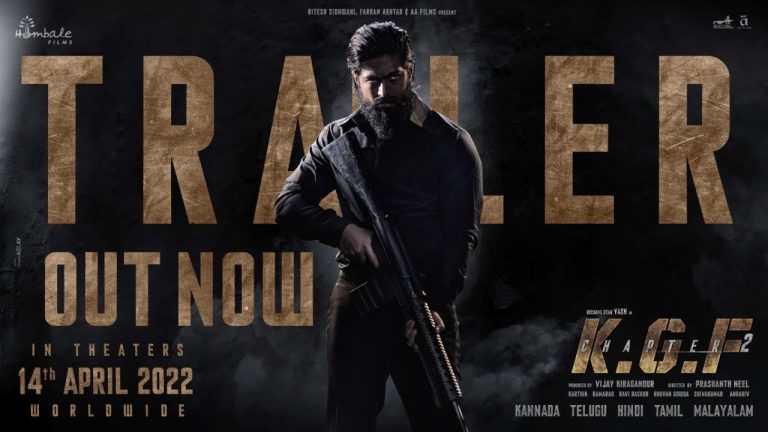 KGF 2 trailer: The movie will revolve around the turf war between Yash’s Rocky and Adheera, played by Sanjay Dutt.

The trailer of KGF: Chapter 2, starring Yash, Srinidhi Shetty, Sanjay Dutt, Raveena Tandon and Prakash Raj has just dropped. KGF 2  revolves around the turf war between Yash’s Rocky and Adheera, played by Sanjay Dutt. The project has music by Ravi Basrur and cinematography by Bhuvan Gowda.

The war bugles are sounded as Yash’s business/crime lord is threatened once again. After the death of Garuda, Adheera (Sanjay Dutt, channelling both Vikings and Game of Thrones) returns to what he claims are his mines. Yash, however, is in no mood to acquiescence. The boy who promised all the riches in the world to his mother once will fight till his last breath to claim what is his own.

A war ensues which seems will be fought on land, air and water. The visuals in KGF 2 trailer are impressive, with the focus on violence and spectacle. Raveena Tandon’s political leader seems to be a big player in this fight as she promises to end it all definitely. Who will win in this fight to the finish?

In KGF 1, which was released in 2018, we saw how Yash’s Rocky learns that getting rich is directly linked with the power one wields. Born into poverty, his search for money, muscle and politics, as a way to amass power, leads him to the gold mines of Kolar. He conquers the land by murdering the tyrant, who had enslaved hundreds of people.

Shot in Kannada on a budget of ₹80 crore, it was the most expensive Kannada movie at the time of its release. The first film is narrated by Anant Nag. KGF 1 was a glowing success in south India and the Hindi belt. The makers expect the sequel to be much bigger, as the first part ended on a cliff-hanger.

KGF: Chapter 2 will release on April 14 in Telugu, Kannada, Tamil, Malayalam, and Hindi.